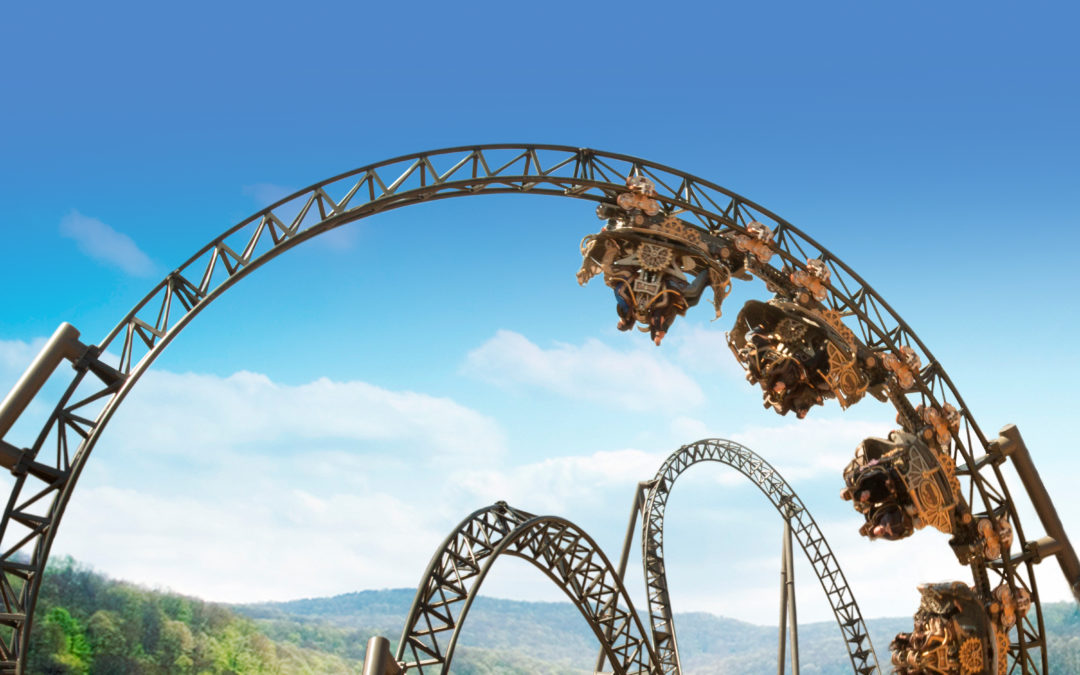 We live just 2 miles away from Silver Dollar City and interact with the park quite a bit throughout the year. In the 16 years we have been here, nothing has generated the buzz and anticipation that Silver Dollar City’s newest attraction – Time Traveler – has. And has the wait been worth it.

Both of our kids are quite fearless when it comes to roller coasters. The bigger, the faster, the better. Naturally, going on the newest ride was a given. When we arrived, the lines for the ride weren’t too bad. The park always does well at moving the crowds through quickly and today was exemplary.

Time Traveler hails itself as “The fastest, steepest, and tallest” spinning coaster on the planet. What that really translates to is “This is going to be fun!”

Riders come right out of the barn into a 10 story vertical drop and somewhere along the way, a catch releases that allows the carriages to rotate (like a tilt a wheel). So you already have the fear of a typical roller coaster, but now you increase the intensity of the fright factor by allowing free flow turning seats.

30 minutes passed and now it was time for my kids to give it a go and off they went. I didn’t get to put a stopwatch to it, but the total duration of the ride was somewhere in the area of 2 minutes – respectable. The imprint of pure fear on my kids’ face afterwards lasted far longer. Disembarking from the ride, they were almost in a zombie trance for the next 30 minutes and declared it was the single most terrifying ride they had ever been on. Asking them if they were interested in riding it again brought an immediate “NO!” and they meant it. (Money well spent)

I congratulate the team at SDC on a job well done. You have truly made a masterpiece and I cannot see how it will not continue for decades to come to be a park favorite for future generations.

We are here to help! If you have any questions or need more information about renting our villa, just fill out the form below. We will get back to you quickly.